For 10 years Janet Groene's only homes were a 29-foot sloop in winter and a 21-foot diesel RV in summer. As a boating writer she has cruised worldwide under sail and power. 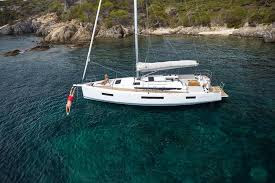 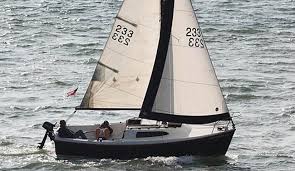 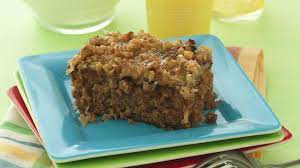 In a small bowl, combine boiling water and oats. Set aside while you grease a disposable foil  9 X 12-inch baking pan. When it’s still warm, stir in butter to melt it.
In a mixing bowl, whisk eggs with sugar. Gradually stir in oat mixture. Combine flour, soda, baking powder and cinnamon and mix into wet ingredients. Bake at 350 degrees about 30 minutes or until the cake is springy to the touch and pulls away slightly from edges of the pan. Cool completely, frost or serve with a sifting of powdered sugar, vanilla yogurt, vanilla sauce or fruit sauce.
Stove-top method: Proceed as above and put batter in a greased 12-inch dutch oven or large skillet with lid. I prefer cast aluminum to cast iron for stove-top baking. Bake, covered tightly,  over low-medium heat until cake is firm, springy and pulling away slightly from the sides of the pan. To keep heat low and prevent cake from burning on the bottom, you may need a flame tamer.
Cook’s note: This is a moist cake that should be kept cool.

Why cast aluminum? Over a small burner, it spreads heat across the bottom and up the sides more evenly than cast iron. It forms an even envelope of heat under a heavy cover. Peek as little as possible.

Pantry Recipe of the Week
This recipe, made 100% from stowable ingredients,  needs delicate cooking so use a double boiler, flame tamer, electric burner on Low or the microwave.  With plenty of bread, crackers or tortillas to mop it up it’s a satisfying meal for two or three. Or, serve it as a Happy Hour dip. 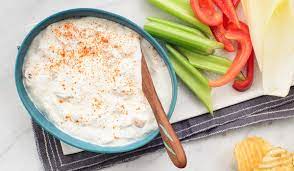 Put the dried vegetables to soak in the sherry or water. Put olive oil in the top of a double boiler, a heavy-bottom saucepan or a microware container and add diced cheese. Cook over boiling water or very low heat, stirring to melt cheese. (In the microwave cook on High, turning and stirring every 30 seconds until cheese is melted.)  Stir in softened vegetables, ketchup, Worcestershire and clams.  Add hot sauce to taste.  Serve warm as a dip.

If you like a cozy read on your e-reader in your bunk tonight, order one of the Yacht Yenta mysteries. Now there are five of these frothy cozies featuring widow Farley Halladay and her Haitian sheriff friend, elderly SEAL veteran Cap Kowalski, her wacko sister,  fitness guru Cholly Baines and her dog, Scuppers. As a former charter hostess herself and now an online charterboat booking agent, she takes readers on worldwide adventures.

In May Misfire, Farley returns to the ketch where her husband was killed. May  https://amzn.to/3gJPBF2

Cold Meal of the Week
With summer coming, cold meals are on the boating menu. Make ahead, keep chilled, bring out underway or at anchor. Lemon adds a tangy sweetness to this summer cooler.

Jellied Corned Beef Salad
In the southern U.S., where gelatin salads are a summer staple, these are called congealed salads.

Dissolve gelatin in hot water in a one-quart container. Whisk in mayonnaise until smooth.  Scrape excess fat off corned beef and stir into gelatin mixture, breaking it up with a fork. Stir in eggs and celery. Cover tightly chill several hours or overnight. Cut in squares and serve as is or on a bed of lettuce.Serves 6 to 8.

SCROLL DOWN FOR A SAMPLING OF PREVIOUS POSTS

Created by three women who were tired of the same old games, the Ultimate Dice Game is like poker and a little rummy with larger dice, larger print scorepad and shaker cup. Compact and ideal for BOATING, it's seen at Facebook/groups/ultimatedicegame, EMAIL ultdicegame@gmail, or order for $22 at www.ultimatedicegame.com 802-899-1878. 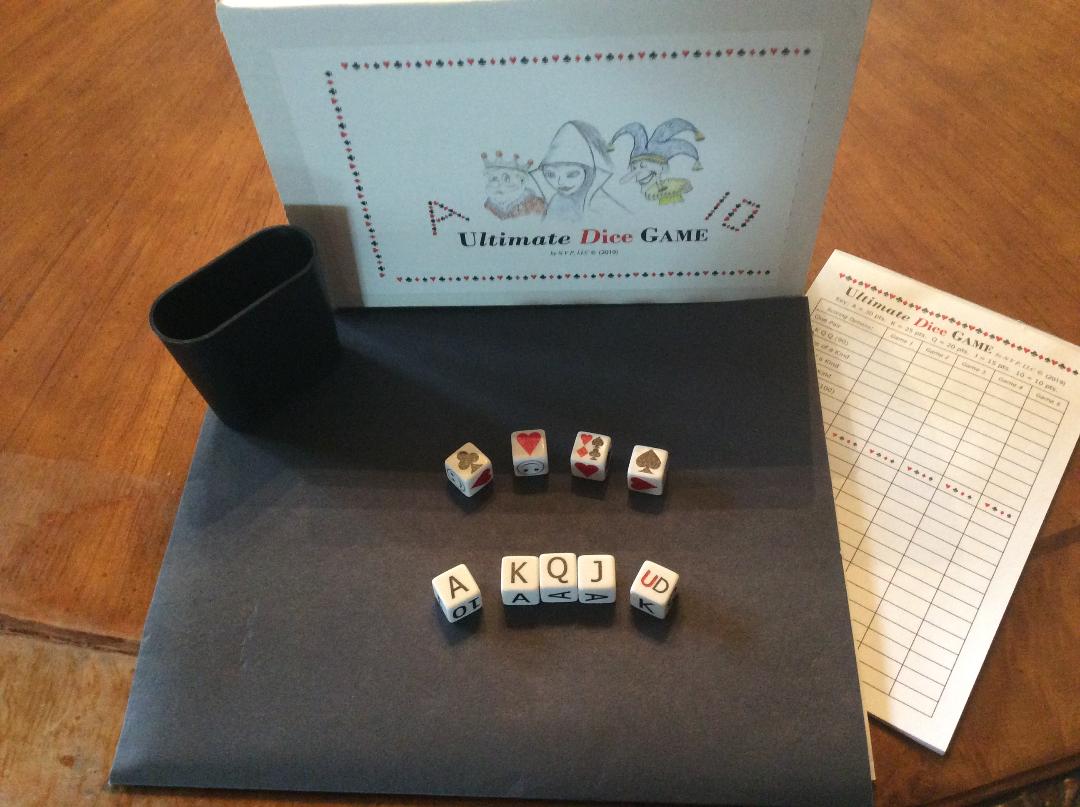 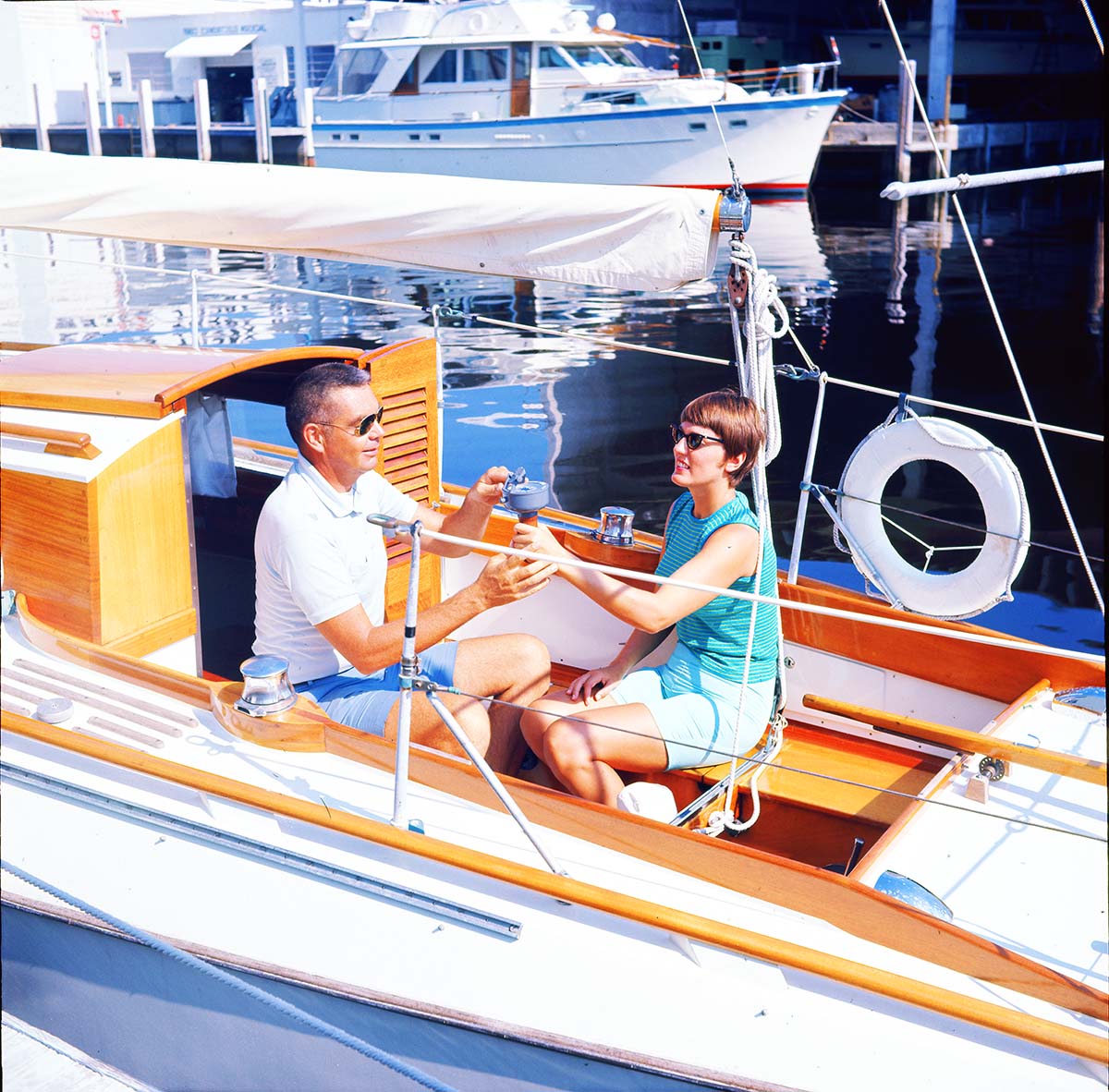 The Groenes lived full-time on the go for 10 years

Janet and Gordon on board Sans Souci 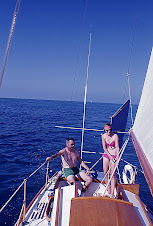